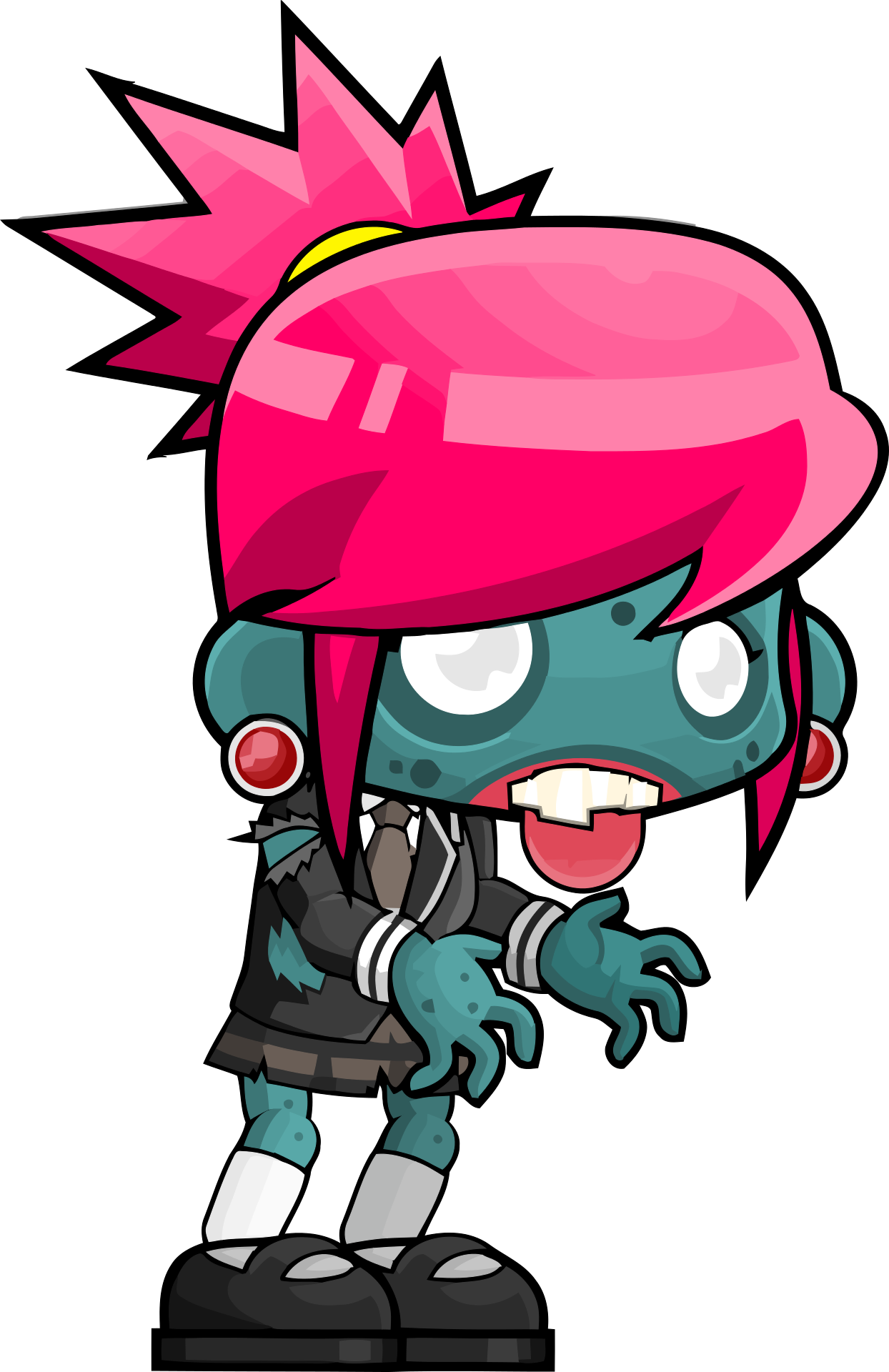 I am a woman in tech. Despite having boobs, I am just about able to use a computer and, despite my gender, am able to spend my days at the office free of neuroses and hysterics. Although, the temptation to do a Mrs Rochester is always bubbling below the surface. I felt compelled to write this having read the 10-page memo sent by Google Engineer James Damore titled “Google’s Ideological Echo Chamber“, the author argues that the reason women are underrepresented in technology roles is not due to discrimination or bias, but because of inherent psychological differences between men and women.

I have just finished reading the full memo which is available here. Be warned I am going to use the same black and white classification of gender as Mr Damore although I am fully aware that gender is not black and white. What struck me most about the memo was the irony. It starts with:

I value diversity and inclusion, am not denying that sexism exists, and don’t endorse using stereotypes.

And goes on to list a series of sexist stereotypes. Sigh. His main points being what he describes as personality differences including the various reasons a woman’s personality is better suited to artistic, people facing roles due to our open, feeling, emotional personalities. Our increased neuroticism (I think someone has been reading too many 19th century novels) and an agreeableness and less assertive personality which makes us incapable/less inclined to negotiate for higher salaries etc. Oh and apparently we’re not as interested in success than men for whom:

“Status is the primary metric that men are judged on[4], pushing many men into these higher paying, less satisfying jobs for the status that they entail.”

So, to paraphrase, women are neurotic but agreeable, good with people and “aesthetics” but too afraid to negotiate and unwilling to put aside their ‘lives’ for success.

Not all women are agreeable, I’ve met my fair share of arseholes (both genders). I know very assertive and driven women who are seeking success but driven women are not always welcomed. I’ve met plenty of ‘neurotic’ men and I think evidence demonstrates that mental health is an issue for all genders that has not been given the attention it deserves. Perhaps, women are less likely to negotiate or push for salary rises etc. Perhaps we only ask for what we think we deserve? Perhaps, we don’t put aside our work life balance for success because we can’t. He seems to ignore the most obvious difference between men and women. WOMEN HAVE THE BABIES.

Until Danny DeVito and Arnold Schwarzenneger get back to their research, men can’t have babies. So women, inevitably, have to take some time off to produce offspring. Some take more than others but all women should have time to recover if they want it. Equally, despite the more ‘enlightened’ times we live in, on the whole women take a high proportion of the child care responsibilities. Perhaps then, men are able to pursue success and put aside their ‘lives’ because it’s much easier to do so.

Men have always had opportunities, and women are only just catching up. We only got the vote in 1928. Every single attempt at equality has been met with the same nonsense espoused in his memo. EVERYONE should be equal.

Oh and apparently the reason people are worried about gender pay gaps, sexism etc is that we’re evolutionarily inclined to protect women.

I’m going to leave it here, there are a lot of smarter people who have analysed the arguments of this memo.

He has ‘some’ good points

Give me a minute, I’m just swallowing the sick after writing that.

To be fair as he states, there should be support for all genders in the workplace not solely for women. Stress, anxiety and mental health issues are not exclusive to women (despite his earlier implication that women are more inclined) and men need career development help as much as women. Equally attempts to encourage diversity through specific programmes, hiring practices and organisation objectives that exclude others is not diverse and can lead to positive discrimination however subtle. As he describes it:

As with many things in life, gender differences are often a case of “grass being greener on the other side”; unfortunately, taxpayer and Google money is spent to water only one side of the lawn.

He also raises a good point about expression and freedom of belief. Should we silence those who don’t agree or have a different opinion? I get the feeling that his problem is that he leans to the right and feels unable to express himself in the ‘leftist’ world of Google. I don’t have a problem with an organisation having a set of values that they expect their employees to share. He advocates:

I’m also not saying that we should restrict people to certain gender roles; I’m advocating for quite the opposite: treat people as individuals, not as just another member of their group (tribalism).

Fair point. Shame he didn’t just stick to these good points instead of straying into pseudo-science territory. So he also contradicts his own argument by saying we should treat people as individuals having spent the preceding pages generalising about the personalities of every woman in the universe.

I am a woman in tech. I am not very good at programming/coding. I don’t think that’s because I’m a woman. I’ve never been good at remembering rules, I was rubbish at maths and science and, as you can see from this blog, my grammar needs some work. My brain doesn’t want to hold these rules. I’m serious, it won’t stick, I’ve tried. I even had to visit a psychiatrist as a child because I couldn’t do maths and science but I could do everything else. I still have that report somewhere, conclusion “she can’t do maths and science”, money well spent.

I know what I’m good at, I know what I can and can’t do and yes, I reckon this has stopped me from applying for jobs. I am realistic, I’m not prone to exaggeration and I won’t lie about it. I will not risk disappointing people. If I’m hired I want it to be for what I can do and my potential, not based on lies.

I am realistic to the point of cynicism. I love inappropriate humour. I will only socialise if I want to. I’m my own worst critic.

These are MY personality traits. NOT those of all ‘women’.

Until recently, I never gave a second thought about being a woman. I never worried about whether that would hold me back, whether I would be looked upon differently or treated differently. I have always worked in teams where the majority are men and on the whole, have never had any issues. I never had to think about being a woman until someone ‘treated me like one’.

I don’t think having a vagina or boobs makes any difference to any of my abilities. Although, occasionally my boobs do get in the way of my reaching things on my desk. Quick, alert the press! I imagine the Daily Mail would lead with “Woman can’t do job due to boobs”. The comments would be great, “she should cut those tits off instead of sponging off the state”.

Discrimination is subtle. This was my experience, it wasn’t overt or obvious and was only confirmed when another female colleague, without prompting or prior discussion, told me she had the same experience. Discrimination might be too strong a word for what I experienced but it’s the only one that fits.

I also worry about having children and what effect that would have on my career. Would the time out mean I’m starting from zero? Would someone usurp me a la The Replacement? Will childcare get in the way of my doing my job? All ridiculous worries I know but I worry about them because I’m the woman. I know my employer will support me, that the mechanisms exist to make it possible but I can’t help analysing every possible outcome.

I don’t do the real in depth techy stuff. Chiefly, because it bores the hell out of me. I’m not inclined to do it, my skills lie elsewhere but if I wanted to apply myself I could learn it. I like working with people, not because I’m a woman, but because I find meaning in those interactions. Plus, I don’t think the tech part is the important bit. I do sometimes get the “oh my, you’re a woman” look, one I imagine female mechanics get, but it doesn’t last.

I don’t think repeating pseudo-scientific nonsense is helpful. Nor regurgitating stereotypes. Arguments about recognising individuals and ensuring everyone has an equal opportunity and is treated equally are important and he was right to raise them. His approach was more than a little off.

But sexism does exist and I have no doubt it stops women from getting where they want to in their career.

Why do fewer women work in tech than men? It is still a bit of a ‘boys club’. There’s also the IT Crowd effect. But it’s too complex to analyse in a blog and I am not smart enough to tackle it.