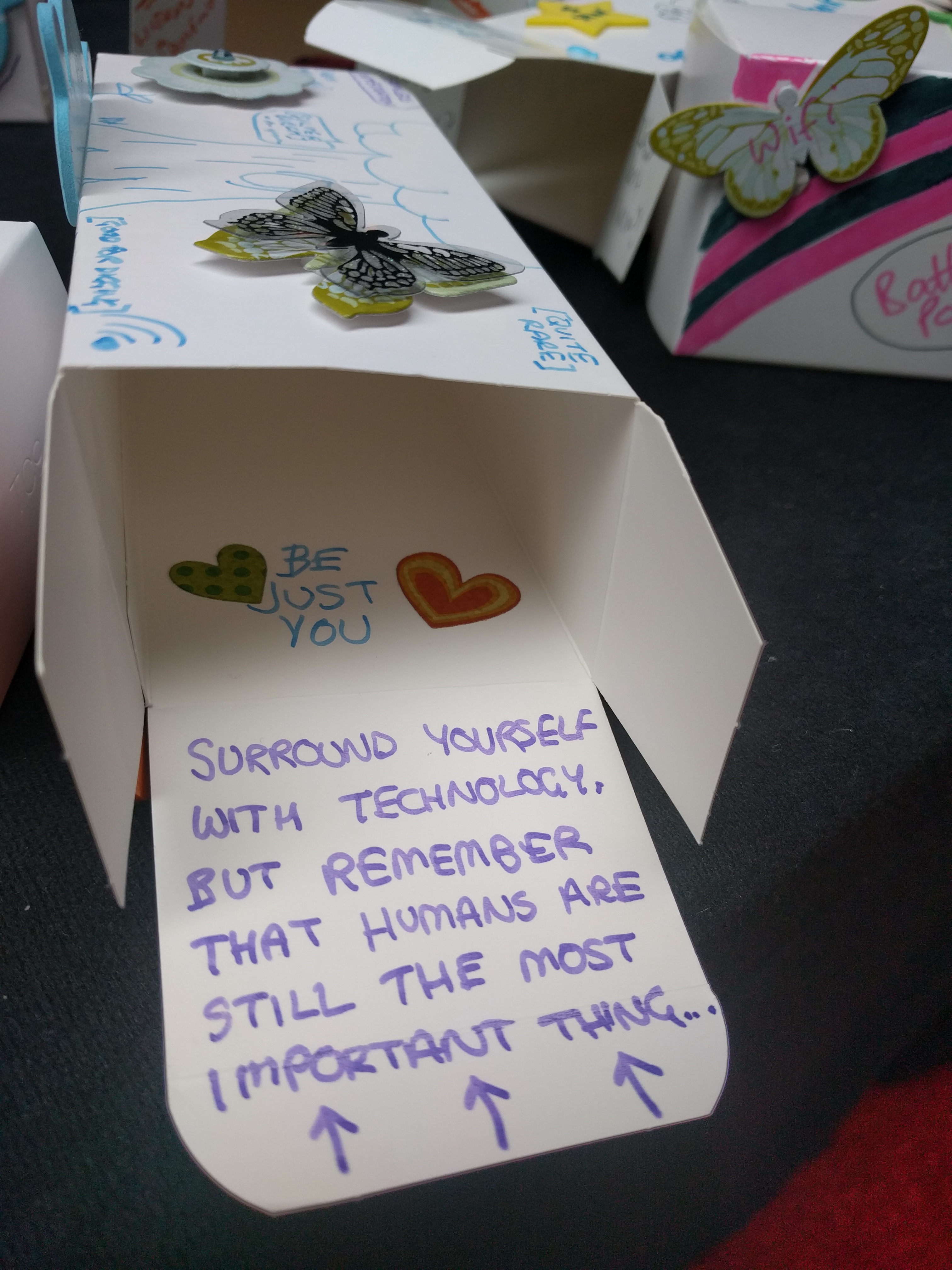 My biggest ‘take-away’ from USDC is the continued belief that people matter. The featured image for this post was an attendees idea of digital nirvana represented in box form. The message felt particularly pertinent given the discussions we had over the two days.

Be just you. Surround yourself with technology, but remember that humans are still the most important thing. USDC attendee May 2016.

I have often been guilty of putting technology before people. Thinking that using the technology is more important than how it will be used and how it will support learning. I think Helen Beetham put it best:

We are educators. We develop people not technology. Here here @helenbeetham @udigcap

We should be bringing people with us. Finding technology that relates to them and their practice. That enhances their practice and the experiences of their students.

Most importantly we should be careful that our language, attitudes and behaviours don’t alienate those with lower digital skills.

Digital natives don’t exist but the rhetoric has stuck @jsecker. We make dangerous assumption that alienate & vilify the disengaged #udigcap

I had never heard of this term until my former colleague Sue Watling mentioned it in her presentation. Follow Sue on Twitter, check out her brilliant blog the Digital Academic and her post Metathesiophobia and other #udigcap take-aways.

Metathesiophobia=fear of change. Is this the biggest barrier to tech development in HE? Or an excuse? @suewatling #udigcap

My experience of staff attitudes to technology has most regularly been a mixture of fear and irrelevance.

The #digitalcapability framework is not about levels, competences and skills, but about capabilities. #udigcap pic.twitter.com/byzxELedv6

One thing I wondered, whilst I listened to Fiona Handley from University of Brighton talk about the framework they developed, was whether it is even worth doing? (Read Fiona’s blog on USDC here.)

Don’t #digitalcapabilities frameworks always end up being boiled down to the how to’s? #udigcap #udigcapq

I have lost the plot with frameworks and frankly I’m not 100% certain what a framework actually is. The definition of framework is:

The key word, in this definition, is basic. What I fear happens when we take a framework is that we take it and make it far too complex. That in its adaptation we lose the simplicity that makes a framework so accessible.

I for one will not be adapting the Jisc framework. It will drive our work here at Lincoln but it’s perfect, and most helpful, exactly as it is.

I wrote a full post on the panel discussion Debate: Do we still need IT training teams?. Having been an IT trainer it’s an issue very close to my heart. There is a tendency to believe that resources like Lynda.com can be a replacement for the classroom training team.

I am finding now that how I deliver training has changed. It now happens online, by phone, Lynda, on tablets and comp rooms #udigcap

Lynda is brilliant. It has it’s placed. Particularly for the any-time anywhere learning we are told students so desire. It cannot replace the reassurance and skills of the IT trainer. Lynda can’t pick up on when you don’t understand. It can’t change it’s delivery to suit it’s audience. It can’t answer questions. It can’t ask you questions to see if you understand.

IT Training teams can. We need them.

There was a big debate in the room on why we continue to employ staff who don’t have the existing digital skills. This is something that I will be dedicating an entire post to.

Staff without skills? We are failing them. They need to engage but that’s about culture, expectations, support and relevance #udigcap

For more tweets and activity from USDC check out my Storify 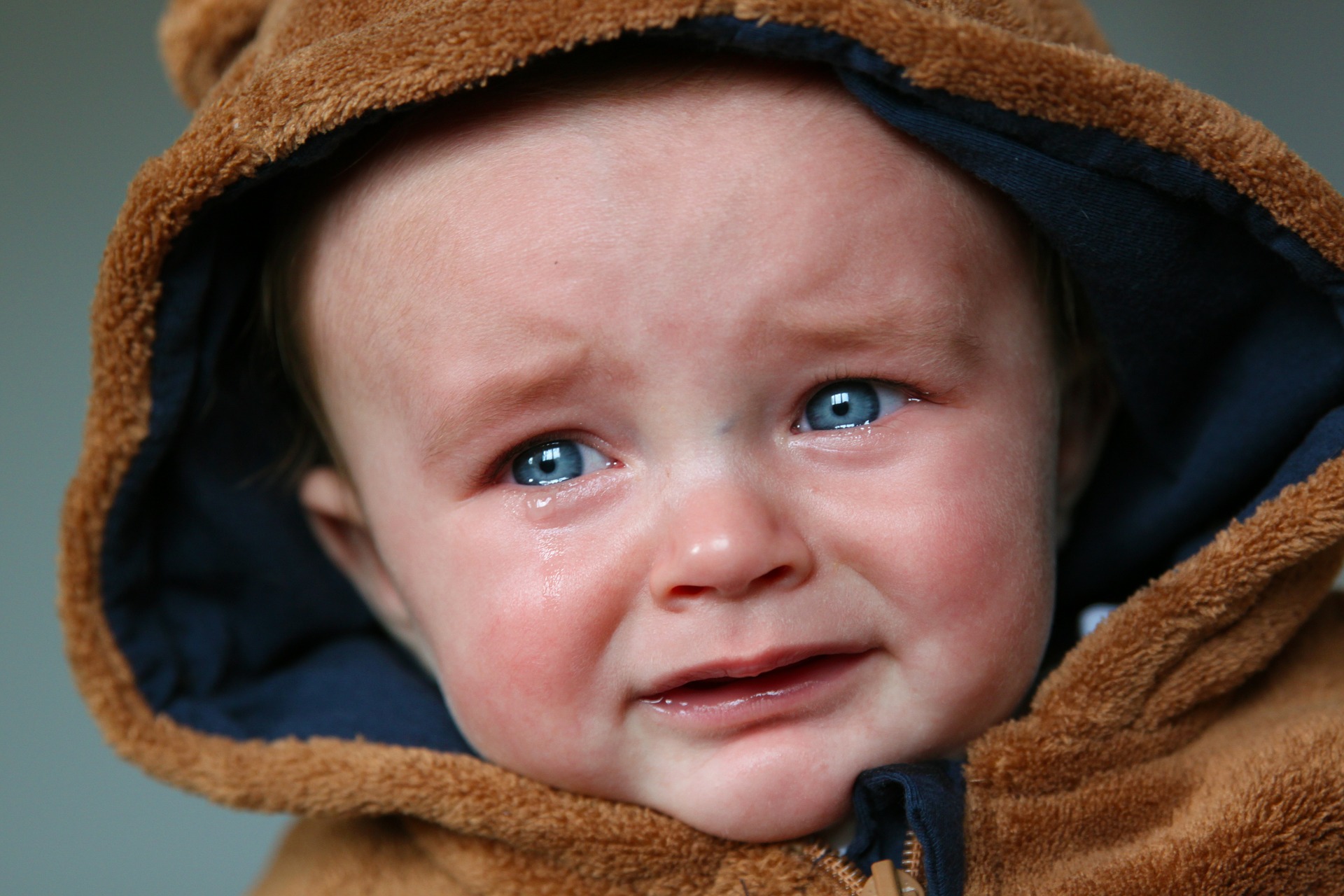 I have had a number of bad experiences in teaching, difficult students, technical failures, a students nodding off, but this blog is an account of my worst experience in teaching. I emphasise the so far part. Teaching is a fickle mistress possessed of mood swings envied by even the most hormonal teens. It doesn’t matter how good you are or how much you plan, sometimes it just goes badly.

I’ve been writing an essay on student support this weekend and it reminded me of an episode in my teaching that I will not soon forget. the reason I describe this episode as the worst experience was because it was an emotionally challenging event. I have never before, or since, had a student cry in one of my sessions.

I was delivering a 3.5 hour long session on using Gmail. 3.5 hours?! you say. I know, that’s a long time but you left knowing everything you needed to know about Gmail. Incidentally this puts me in mind of the time a member of ICT attended one of our sessions and told my colleague that what was taught could be done in an hour. It’s safe to assume we ignored their advice. Anyway, a student, lets call the student Anne, attended this session and was profoundly deaf choosing not to use hearing aids. So I couldn’t rely on technology to save me.

Anne and I spoke before the session began about what she needed me to do. Face her at all times and speak slowly so she could read my lips. Easy enough I thought and began with gusto. I had no idea how hard it is to modify behaviour that has become completely unconscious. I realised I had delivered that session so many times every gesture and phrase was so natural I barely thought about it. At the end of the session I noticed she looked upset.

Once alone I approached her, at which point she cried, and told me she had found the whole session overwhelming. Trying to read my lips and perform the tasks on the computer was too much for her. This was the point at which I wanted the ground to open and swallow me whole.

In retrospect I should have slowed my delivery, ensured she was looking at me before speaking and avoided speaking whilst asking them to perform a task.

I should have checked on her during the break, I could have intervened earlier and modified my behaviour. I also didn’t want her to feel that I was checking up on her, that I was treating her differently to everyone else.

I should have talked more slowly, ensured I didn’t ask her to do something on the computer whilst I was talking and that I had her eye contact whilst I was speaking. It’s very difficult. Teaching had become so unconscious it was hard to get out of old habits.

I tried to reassure her that it was not admitting defeat and that she should do whatever helped her learn. We discussed what we should do at length and decided that in future she would learn best when taught by me on her own.

It was by far my worst experience. I felt so guilty. She had come on my course and left feeling awful. I’ve never been under the illusion that people left like this:

But to have a student leave having been so upset was devastating.

What is inclusive practice?

Inclusive practice is an approach to teaching that seeks to ensure that all students are able to participate in learning and demonstrate their abilities in assessment. Students should not be disadvantaged by culture, religion, disability or previous educational background.

Reflecting on your teaching practice You can increase the effectiveness of your teaching practice by reflecting on diversity, being aware of how your own background and identity are expressed in course design and teaching style, and understanding your reactions to particular individuals and communities to recognise your affinities and prejudices and consider how they affect students’ experiences of your course.